More Than A Woman 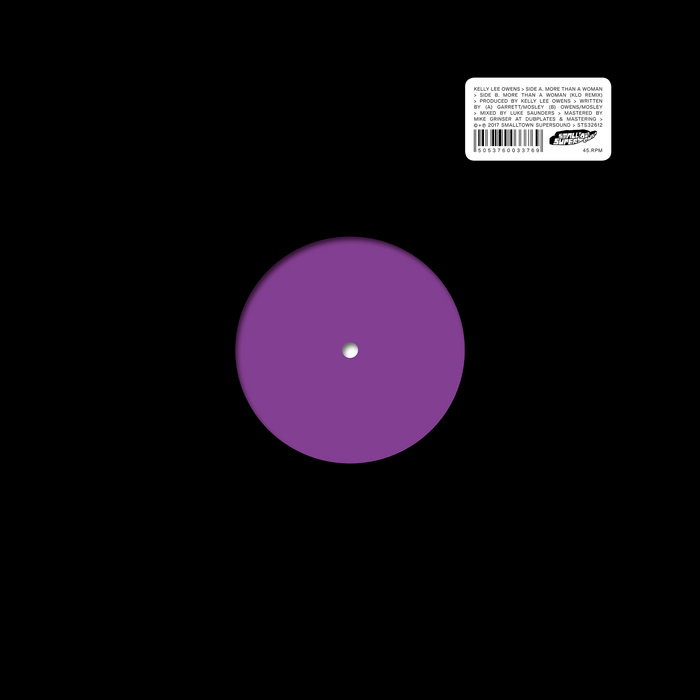 denisbozic What a wonderful electronic spin on R&B; I love this cover more than the original.

fluorocarbon Deliciously dark electronic cover of the classic Aaliyah track. Dub-style remix on side B is very good too. Favorite track: More Than A Woman.

Pascal.e Mbuyu Vermeulen More than a woman is a classic and KLO nailed it.

geel Originally found on Soundcloud, this has been my favourite standalone track since 2015 - have played it countless times these last few years! A classic cover version of a classic chart track Favorite track: More Than A Woman.

Daniele Cassandro Kelly Lee Owens covers the Aalyiah classic with effortless elegance. Her sound fits the song perfectly and takes it to the next level. I love the remix: it adds more muscle to the groove. Favorite track: More Than A Woman (KLO Remix).

After a triumphant year, Kelly Lee Owens ends 2017 with an Aaliyah 12” single. Side A is Kelly covering Aaliyah’s 'More Than A Woman' & on the flip she remixes her cover version. Limited edition 12” and digital.

Convention-blurring techno producer and musician Kelly Lee Owens released her second album, Inner Song, on August 28th via Smalltown Supersound. Inner Song follows the 2017 release of her much lauded self-titled debut, as well as remixes of St. Vincent and by Björk, last year’s “Let It Go / Omen” 12”, and her recent collaboration with Jon Hopkins on the one-off "Luminous Spaces." ... more

Bandcamp Daily  your guide to the world of Bandcamp

New sounds from Mavi, Ivy Sole & Moderator, plus AJ, the One joins the show, for her latest release